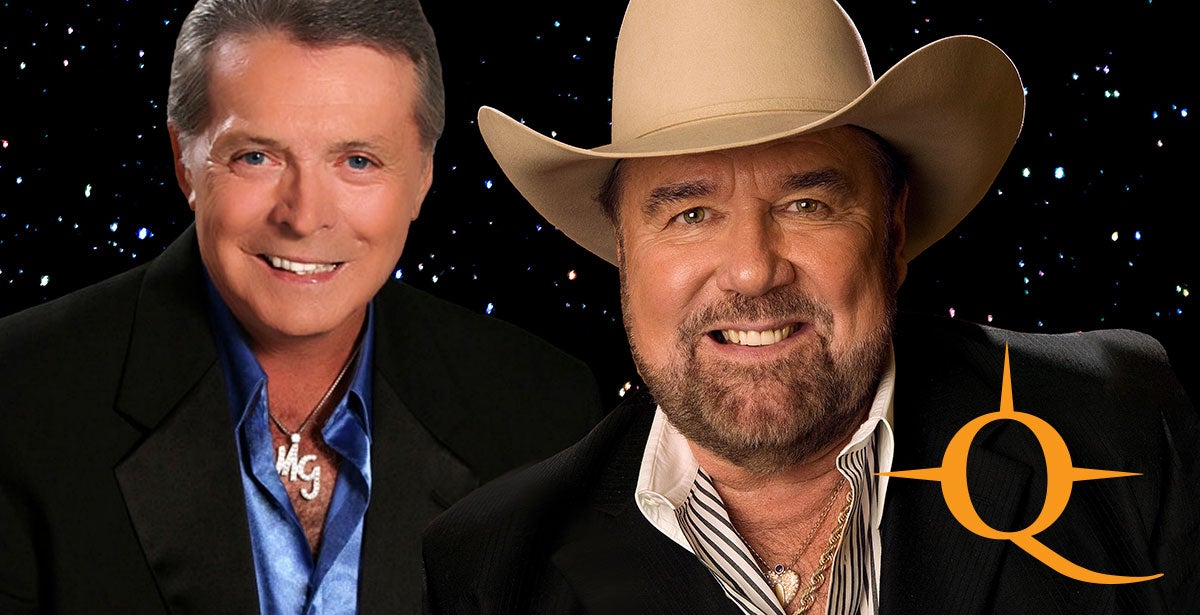 After sharing 10 years of their music careers together, these two are sure to bring the entertainment when they make Northern Quest their Spokane, WA tour stop.

Country pianist/vocalist Mickey Gilley shot to fame with his musical fusion of country, rock, blues, and R&B. Long associated with the urban cowboy movement, Gilley racked up 16 number one country hits which include “Room Full of Roses,” “I Overlooked an Orchid,” “City Lights,” “She’s Pulling Me Back Again,” “True Love Ways,” “Stand by Me,” “That’s All That Matters,” and “You Don’t Know Me.”

For many years, Johnny Lee worked as a back-up singer and trumpeter in Mickey Gilley’s band and was a guest headliner at Gilley’s Texas nightclub. Lee’s easygoing vocal style can be heard on “Lookin’ for Love,” a million-seller hit and the musical centerpiece of the 1980 film Urban Cowboy, filmed on location at Gilley’s club.