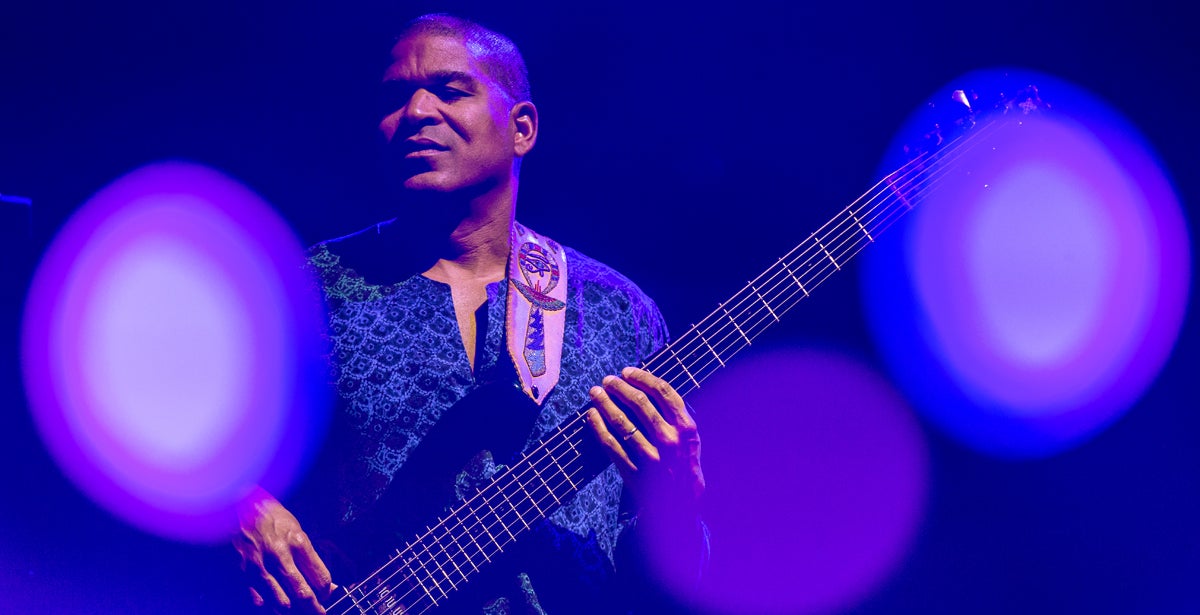 ** ATTENTION ** Per Governor Kate Brown’s announcement on Wednesday night that gatherings of more than 250 people in Oregon will be canceled for the next four weeks in an effort to slow the spread of the coronavirus, all concerts scheduled between now and April 10th at the McDonald Theatre (see below) have been postponed. For the postponed shows, please retain your tickets for now. We will be assessing the situation on a daily basis and will continue to provide updates as we have more information.

The safety of our patrons, staff and artists is top priority. We appreciate your patience and understanding during this time.  If you have any questions, please don’t hesitate to contact us at 541-345-4442 or via the website at mcdonaldtheatre.com.

Two-time Grammy winning bassist Oteil Burbridge has been in the music business touring and recording for over three decades. His first step into the national spotlight came in 1991 when he became a founding member of the Aquarium Rescue Unit featuring Col. Bruce Hampton, a cult classic that has stood the test of time. That led to his membership in the classic rock group the Allman Brothers Band. Since 1997, his work with the band has earned him two Grammy nominations for best rock instrumental, in 2003 and in 2004. Over the years, Oteil has shared the stage with rock and blues legends such as Eric Clapton, Carlos Santana, Levon Helm, Taj Mahal, Buddy Guy, Pinetop Perkins, Hubert Sumlin, Billy Gibbons, Chuck Leavell, Bob Weir, Phil Lesh, Johnny Winter, Bonnie Raitt, Sheryl Crow and Trey Anastasio. In 2012, Oteil received a Grammy Lifetime Achievement Award for his 15 year contribution to the Allman Brothers Band as the longest running bassist in the band’s history.

While touring and recording with the Allman Brothers over the years, Oteil still found time to collaborate with many other musicians. He formed his solo group, Oteil and the Peacemakers in 1998. From 1998 until 2007, the group toured extensively and released three albums. In 2001, Oteil joined Phish’s keyboardist Page McConnell and The Funky Meters’ drummer Russell Batiste to form Vida Blue. He also founded an improv based trio with Grateful Dead drummer Bill Kreutzmann and Max Creek guitarist Scott Murawski called BK3 in 2008.

Grateful Dead members Bob Weir, Bill Kreutzmann and Mickey Hart joined forces with John Mayer in 2015 to form “Dead & Company” with Burbridge on bass and Jeff Chimenti on keys. The band toured the US in the fall of 2015 and the summer of 2016 and 2017. These tours included sold-out shows at Wrigley Field, Fenway Park, and Citi Field and a headlining spot at Bonnaroo Music Festival. Plans for future Dead & Company shows are underway, including the destination event “Playing in the Sand” in Riviera Maya, Mexico in February 2018.

Oteil’s fourth solo record, “Water In The Desert” was released on October 20, 2017. He assembled an all-star group of musicians for this record, including brother Kofi on keyboards and flute, Little John Roberts and Sean O’Rourke on drums, vocalists Alfreda Gerald and Mark Rivers, and producer David Ryan Harris. “Oteil & Friends” are now touring to support the record.