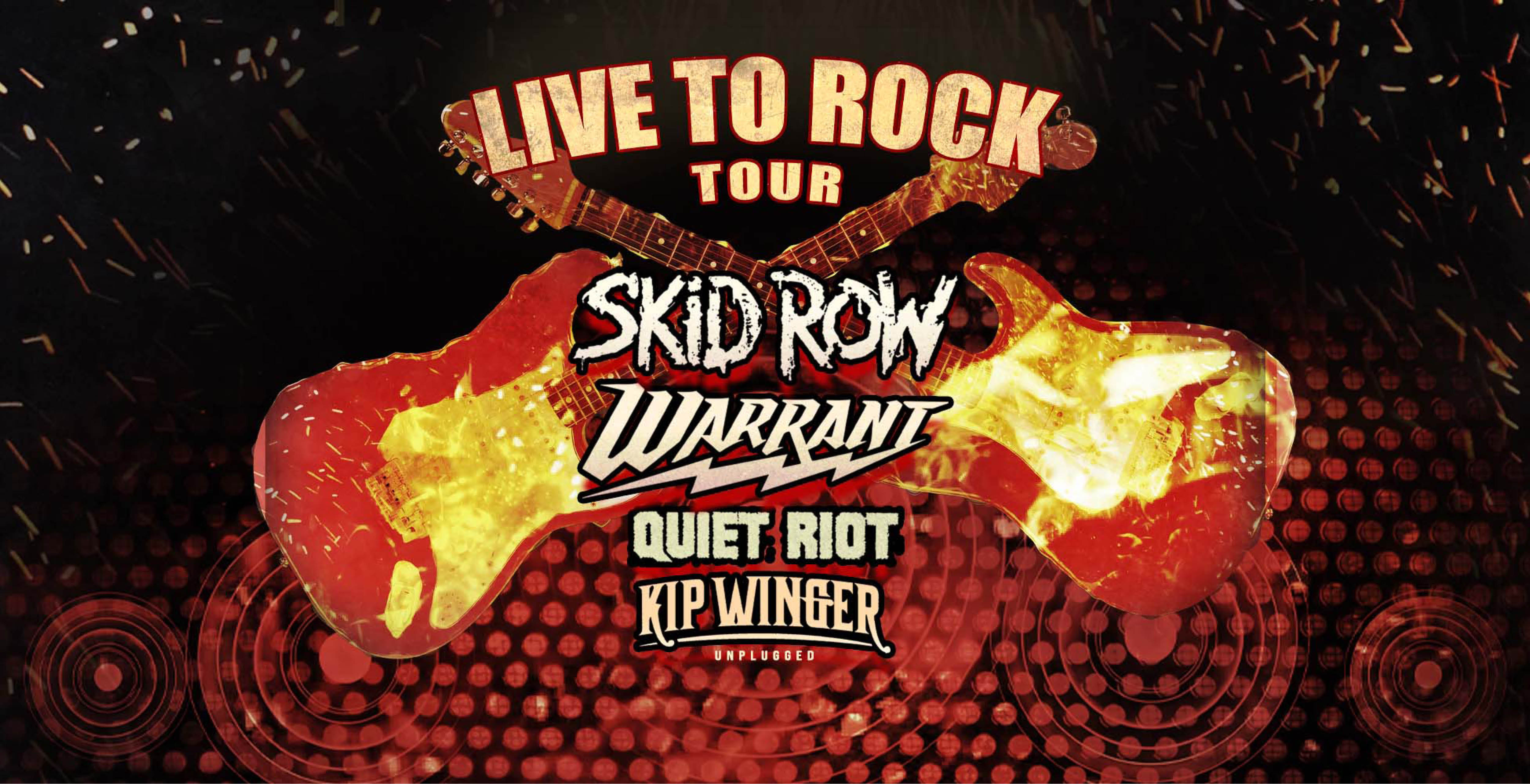 (PASO ROBLES, CA) – The California Mid-State Fair is pleased to announce that the Live To Rock Tour has been confirmed to perform in concert Monday, July 25 at 7:30 pm. The show consists of Skid Row and Warrant, with special guest Quiet Riot and Kip Winger Unplugged. The concert will take place in the Chumash Grandstand Arena at the Paso Robles Event Center.

SKID ROW
The first rebellion started in 1986. New Jersey kids, punk and metal attitude, determined to conquer the world. The battlefield was the stage, the songs their arsenal in an us-against-them musical coup d'état. Top Ten singles “I Remember You” and “18 and Life” earned gold and multi-platinum sales. Their second Album “Slave to the Grind” debuted at No. 1 on the Billboard 200 album chart. Hit songs include “Youth Gone Wild”, “I Remember You”, “18 and Life”, “We Are The Damned”, “Monkey Business” and “Let’s Go”.

WARRANT
Hitting it big in 1989, the Hollywood, CA based band rose through the ranks of the local Sunset Strip scene to the level of multiplatinum selling, chart-topping success. The band first came into the national spotlight with their debut album Dirty Rotten Filthy Stinking Rich. This album produced Radio and MTV
chart toppers “Down Boys,” “Sometimes She Cries,” and the massive hit “Heaven” which reached #1 in Rolling Stone and #2 on the Billboard Hot 100. Hit songs include “Cherry Pie”, “Heaven”, “Down Boys”, “Sometimes She Cries” and “Uncle Tom’s Cabin”.