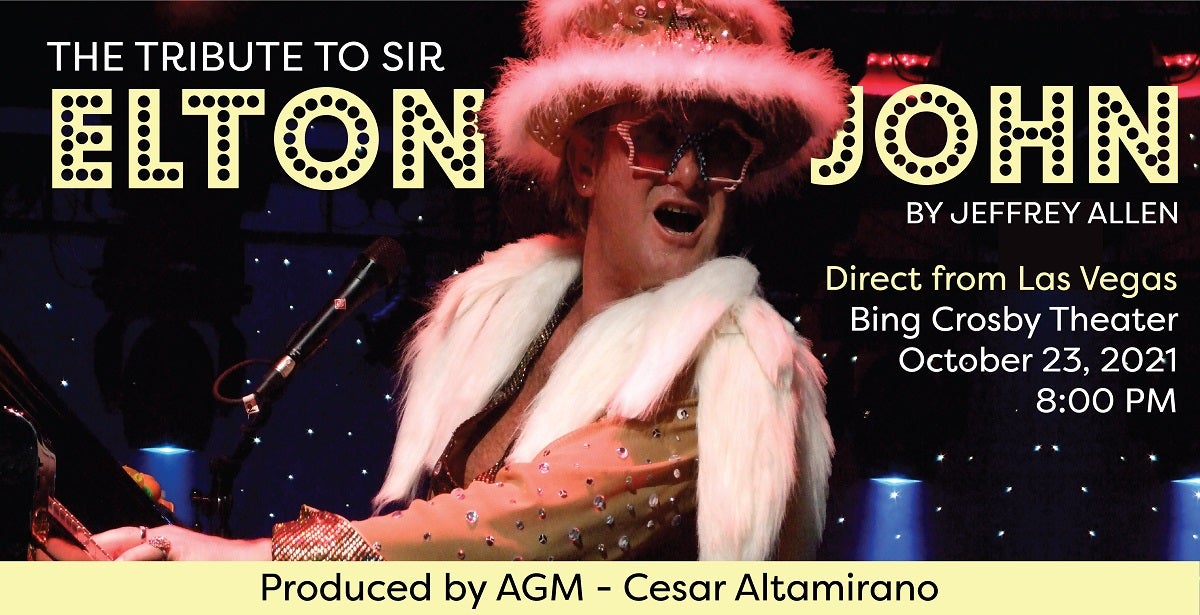 Concerts have been highly successful with all involved raving about Jeffrey Allen's intensity on stage. Inevitably, his talent and experience brought him to Las Vegas where Jeffrey performed as “Sir Elton John” with the Longest running Impersonator Show.

Just like the original tour, his show as "Sir Elton's"  captivating entertainment prowess, piano skills and costumes make this show a must to see.