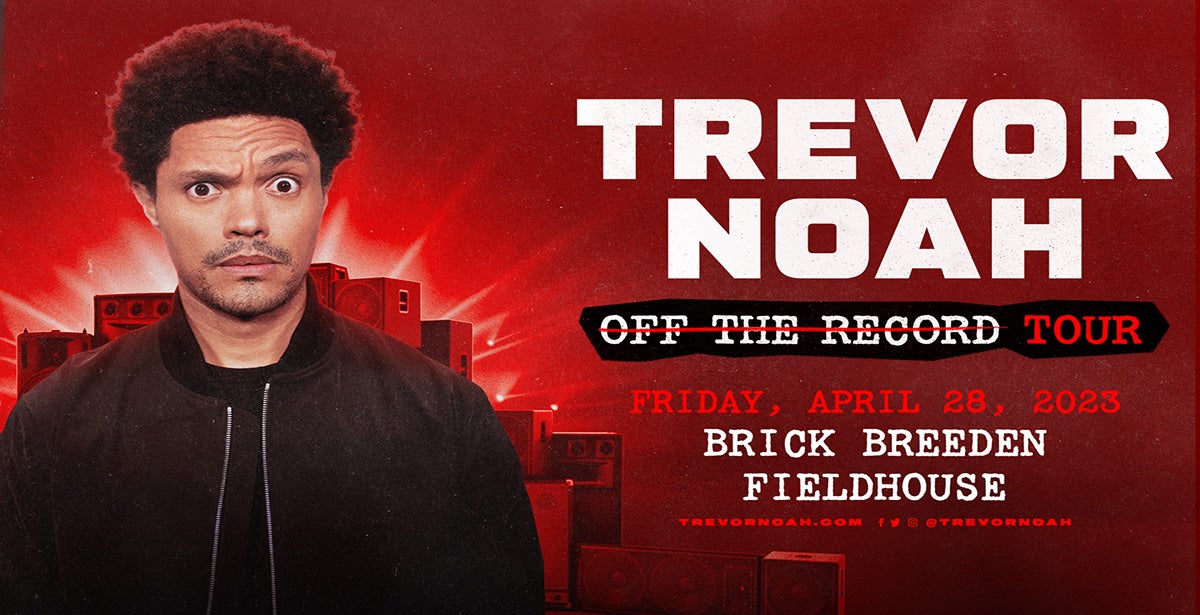 Trevor Noah at the Brick Breeden Fieldhouse has been rescheduled. Don’t worry, your tickets are still valid for the new date.

If you are unable to attend the new date or you prefer a refund, you have until April 15, 2022 to request one. There are two ways to request a refund:

We will process your refund in as soon as 5 Business Days. Please note, it may take your bank 7-10 business days to post the refund to your account after the refund is processed.

Thanks for being a fan!

Please Note: To be eligible for a refund, you must have purchased your tickets through us directly. If you do not request a refund by April 15, 2022 your tickets will automatically be valid for the rescheduled date.

Trevor has written, produced, and starred in 8 comedy specials, most recently including “Son of Patricia” on Netflix. Trevor's success has also spanned to sold out shows over 5 continents. Trevor is currently crossing North America on his first ever arena outing with the “Loud & Clear Tour 2019”.  In April 2019, Trevor launched his new podcast series “On Second Thought: The Trevor Noah Podcast” exclusively on Luminary.

Trevor Noah is the author of the #1 New York Times bestseller “Born a Crime: Stories from a South African Childhood” and its young readers adaptation “It’s Trevor Noah: Born a Crime: Stories from a South African Childhood,” which also debuted as a New York Times bestseller. The book received the Thurber Prize for American Humor and two NAACP Image Awards, one for Outstanding Literary Work by a Debut Author and another for Outstanding Literary Work in the Biography/Auto-Biography category. The Audible edition of “Born a Crime,” performed by Trevor, remains one of the top-selling, highest-rated, and most-commented-on Audible performances of all time. To date, “Born a Crime” has sold over 1 million copies across all formats.

In April 2018, Noah launched The Trevor Noah Foundation, a youth development initiative that enhances youth preparedness for higher education or entry into the workforce.