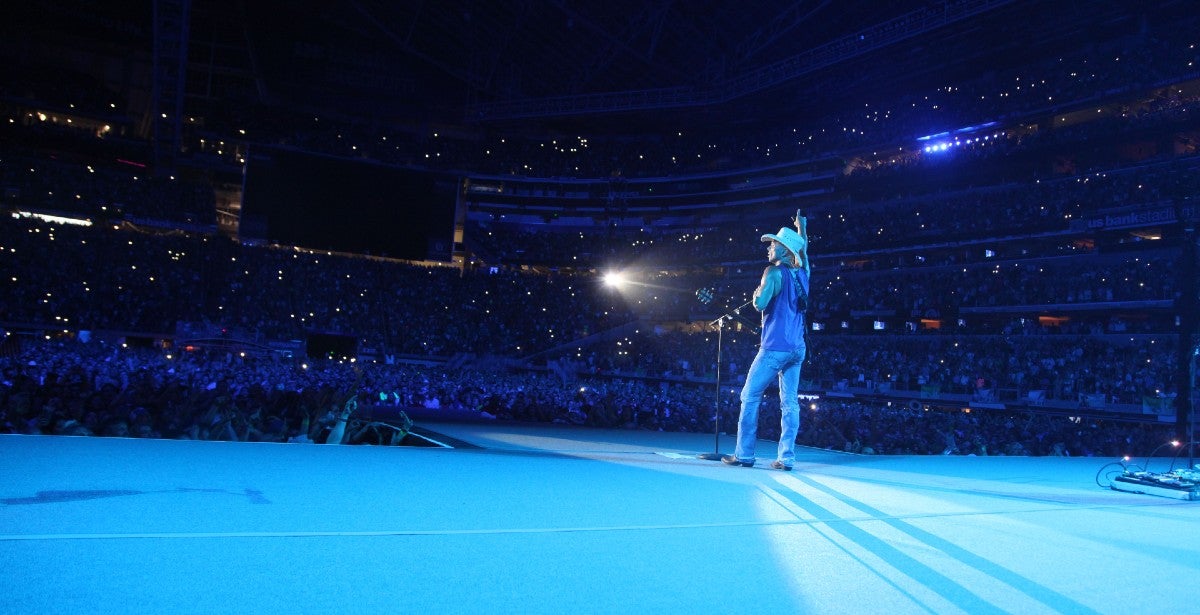 Kenny Chesney, scheduled for Saturday July 3, 2021 has been postponed until 2022. An announcement regarding the rescheduled date will be made in the next few months. Previously purchased tickets will be honored for the new date. No action is needed to keep your tickets and current seat locations. Your ticket will be honored for the rescheduled date. The tour will be a completely new show with a new name, new line-up, lots of new music and plenty of the songs people come to hear. The details are being finalized now, however fans can expect details soon.

Customers that are unable to make the new date will be able to request a refund. Refunds can be requested beginning Monday, March 22nd at 9am thru 30 days after the new date is announced.

There are two ways to request a refund:

Refunds will be issued for the ticket price plus applicable convenience fees to the credit card used to make the original purchase.

After the refund window closes, tickets will no longer be available for a refund & your tickets will remain valid for the rescheduled date.

The only country artist on Billboard's Top 10 Touring Acts of the Last 25 Years, Chesney's summer stadium treks have become legend – and gave rise to the iconic No Shoes Nation. Built on a strong commitment to the fans, Chesney's No Shoes Radio serves as a connector for the man The Los Angeles Times deemed "The People's Superstar" and The Wall Street Journal hailed "The King of the Road."

"I love playing for No Shoes Nation any time, anywhere," Kenny Chesney, "but these stadium shows are always something so powerful, I can't tell you how much anticipation goes into each one. Not to mention, we're always wanting to top what's come before – and I think this lineup might just pack the most fun of them all."

Recently singled out by Variety as "Country's only long-term stadium act," Chillaxification 2020 builds on the enduring rite of summer that Chesney's stadium shows have become. With the multiple week No. 1 "Get Along" from his deeply personal Songs for the Saints, benefiting the Love for Love City Fund, and the steamy "Tip of My Tongue" hovering just outside the Top 10 at Country radio, there's a lot of new music, old favorites and surprises on tap for what will be the summer's biggest tour.

Having defined the country music stadium experience over the last decade and a half, Chesney spent this year's Songs for the Saints Tour taking his music to the cities that have been overlooked on his massive million-tickets-a-summer treks. Having played 159 stadium shows – rocking over a million people at Gillette Stadium alone – Chillaxification 2020 promises to be everything No Shoes Nation has come to expect from the man who gave them "American Kids," "Beer In Mexico," "Out Last Night," "Noise," "When the Sun Goes Down" and more.