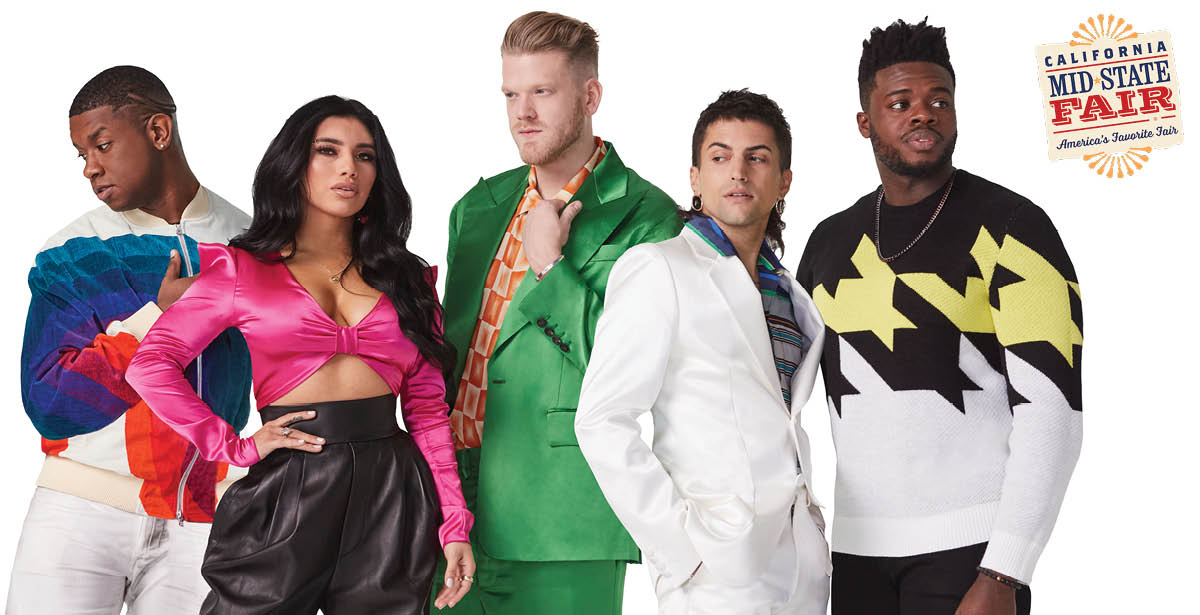 Three-time Grammy® Award-winning and multi-platinum-selling artist Pentatonix has sold 10 million albums in worldwide consumption and performed for hundreds of thousands of fans at their sold-out shows across the globe. Their youtube channel boasts over 17 million subscribers, yielding 4 billion video views. Their 2015 self-titled album is certified gold after debuting #1 on Billboard’s 200.

Additionally, nine of their albums reached the top 10 on Billboard’s 200 chart (two albums reaching #1) and received multiple RIAA certifications for multi-platinum, platinum, and gold-selling albums and singles. Their tracks, “Mary, Did You Know?” and “Hallelujah” were certified platinum, while the Pentatonix original, “Can’t Sleep Love,” was certified gold. The group has had three holiday specials on NBC, released their tour documentary -On My Way Home- in 2015 and appeared in the feature film, Pitch Perfect 2. In October 2017, Pentatonix released a deluxe version of their certified platinum 2016 holiday album, A PENTATONIX CHRISTMAS DELUXE. The following year, in April 2018, Pentatonix released the first collection in the group’s PTX Presents series, PTX PRESENTS: TOP POP VOL. 1, which features 11 PTX-curated modern pop performances, and completed a 39-city North American tour. They released their fourth holiday album, CHRISTMAS IS HERE!, in October 2018, alongside their sold-out Christmas Is Here! Tour.

In May 2019, Pentatonix started their extensive World Tour, including a 44-date North American run, and shows in South America, Mexico, Japan, Asia, and Europe. In July, Pentatonix released their arrangement of “Can You Feel The Love Tonight” from Disney’s “The Lion King.” Most recently, they finished their 16-date A PENTATONIX CHRISTMAS TOUR 2019, which included stops in New York City, Boston, and Philadelphia. The tour was in support of their best of compilation holiday album, THE BEST OF PENTATONIX CHRISTMAS, which was released on October 25th, and included 15 previously released tracks and four brand new recordings. One of these new songs was a very special version of “Do You Hear What I Hear?” that featured the original vocal stems from Whitney Houston. The album is also comprised of collaborations with Jazmine Sullivan, Tori Kelly, Kelly Clarkson, Maren Morris, and Jennifer Hudson.

HOSPITALITY TENT IS LOCATED INSIDE CONCERT VENUE SO A CONCERT TICKET IS REQUIRED TO ENTER VENUE!!

MUST SHOW PHOTO ID WITH VIP TENT TICKET TO ENTER

Note: Evenings entertainment will not have a live feed in the tent

Tickets are only issued as Print at Home!